We are very graeatful to the h.h. franklin club from New York www.franklincar.org for allowing us to use the following historical informations and pictures below. 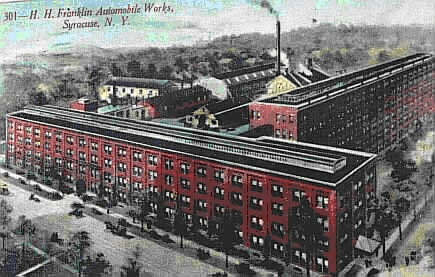 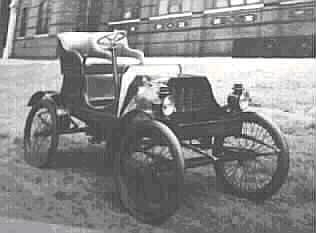 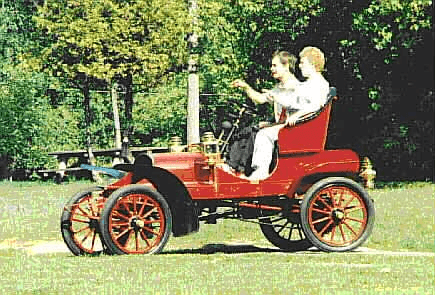 First Franklin car sold in 1902. In 1902 Wilkinson edited in printing his work about „Scientific light weight”, which gave in effect simply, elastic construction, quality and progressive, great ideas, as light construction with low weight of unsprung part and direct engine cooling, which led to many future succeses in speed and reliability competitions. Wide use of wood and aluminium gave Franklin cars lightness and strength. In 1904 small Franklin roadster in 32 days, 23 hours and 20 minutes beats transcontinental record from San Francisco to New York, old one was 61 days.
Roadster model „E” from 1904. In 1905 first car with 6-cylinder engine was manufactured in America. It had Franklin’s engine set along. Air cooled, upper valve construction – these are two features, which Franklin pioneering implemented with great success in 4-cylinder engine, couple years before. Cooling with air eliminated needs of 177 complicated parts of water cooling system. In 1906 August- 6 cylinder Franklin splits half old record from coast to coast, beating way in 15 days. In the same year automatical lubrication invented by Franklin engineeres solved problem of „the correct oil amount to the proper point, at the right time”. Drive through the springs was introduced by Franklin as an important element in flexible construction. Strains of starting and stopping were cushioned by applying the driving force through the rear springs. 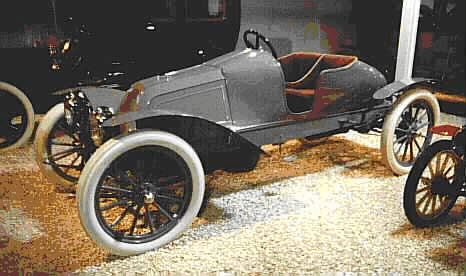 Next in 1917 national test with 179 cars from Franklin standard production, gave new record 40,3 mpg (17,1 km/l). Company war production is also 1-cylider generator engine and parts for aircraft engines to Hispano-Suiza and Rolls Royce. In 1921 engine cover was redesigned as it looked like radiators in other cars. Purpose of it was modernization, but also better sales. In 1925, after some tries to improve sales, main part of body was changed, radiator was again redesigned, it looked very conventional and classic appearance.
Cooled with air Franklin’s engine to Airman Limited car, including many fixes in matter of power and efficiency. In 1928, after further cooling efficiency modifications, Cannon Ball Baker drove Airman Limited 14,2 mile (22,85 km) up famous mountain road Lookout Mountain in Tennessee and returned in amazing time 20 minutes and 52 seconds, beating new record up and down with average speed 40,8 mile per hour (65km/h). Franklin covered this distance with average speed better about 4,6 mile per hour (7,4 km/h).
In 1929 horsepower and efficiency gains enable a Franklin at the hands of Cannon Ball Baker to set a new coast to coast record of 69 hours. 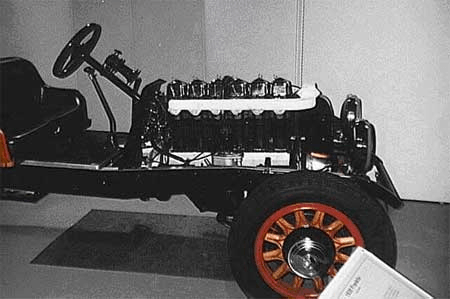 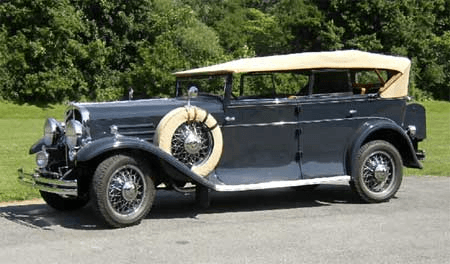 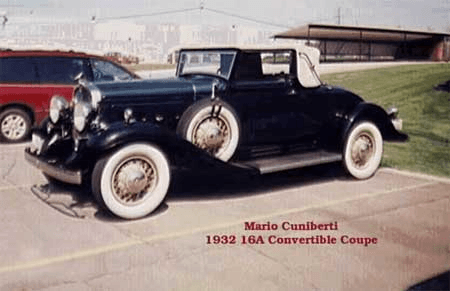 Franklin flies again. 4-cylinder opposed air cooled automotive and aircraft engines developed. Most parts are common to both types of engines. These are among the first successful opposed engines – standard on all future light aircraft. They pioneer the use of some equipment which the industry finally adopts decades later. In the end of 30’s and beginning of 40’s Franklin was classified to „big three” flying along, opposed engine producers, besides Continental and Lycoming companies. First modern opposed 6-cylinder engine was built in 1940 and it is part of the second generation of Franklin aircraft engines. Today they would be called modular engines. 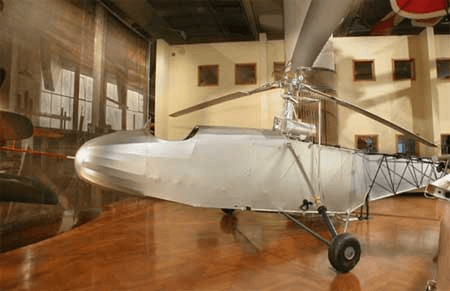 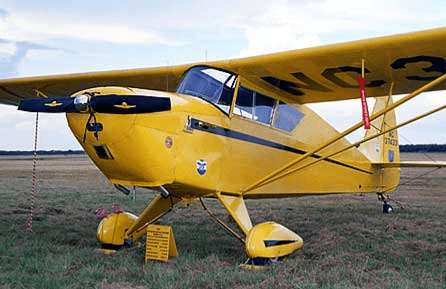 Interstate S-1 Cadet with Franklins O-200 engine.
In 1940 Interstate Aircraft initiated monoplane S-1 Cadet for civil training program. USA Army ordered 250 modified S-1s, marked as L-6, which equipped with Franklin 0-200 engine with horsepower 100KM. They were set for communication and watching purpose. When Air Force of USA announced need for radio controlled, excerise airplane. Culver proposed modified model of Cadet (sport plane), which Army bought as PQ-8. Successor of it was bigger and faster PQ-14. Planes could have been controlled by radio and also by pilot. They had Franklin’s 0-300 engines. There were 2000 airplane built of this kind. 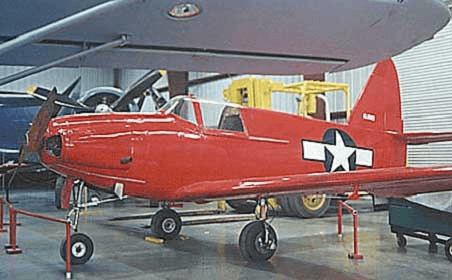 Culver PQ-14 Cadet with Franklins O-300-11 engine with horsepower 150 KM.
1945 Two 8-cylinder supercharged, opposed Franklins propel Northrop N-9MB Flying Wing into history. This is the predecessor of the YB-49 and the B-2 Stealth Bomber. It is flying again, out of Chino, Calif.

In 1945 Air Cooled Motors company was bought by Republic Aircraft in purose of building engines for their waterplanes RC-3 Seabee
From 1946 thousands of engines are built in this and following years to power helicopters and light airplanes, including the first certified civil helicopter. Franklins power 3 out of 4 helicopters built over the next decade.

1951 The H.H. Franklin Club is formed to foster all pre-war air cooled cars and „the Franklin Spirit.”

From 1960 All 1925 series 11 and later Franklins but the Olympics are designated Classics by the prestigious Classic Car Club of America.

1961 Tucker debt paid and Franklin sold at auction to Aero Industries, never to really recover from the drain of capital.

1975 Bankruptcy again. Rights and drawings are bought by the Polish government, which begins manufacture of PZL-F engines for twin Pipers and other airplanes built in Poland.

1990 A 1946 Bellanca and a 1947 Stinson fly from London to Australia in the grueling World Vintage Air Rally for airplanes built prior to 1950. Only these two of the 25 in the rally have Franklin engines, and are two of only 8 to finish. 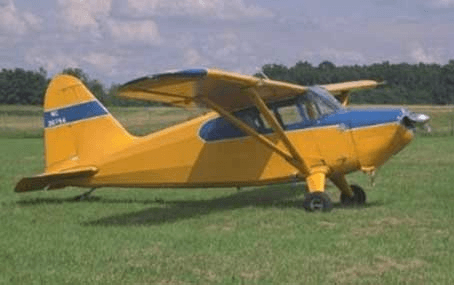